Changing perceptions of women in STEM 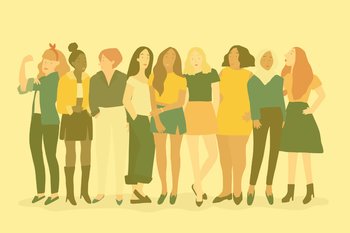 To celebrate International Women’s Day this year,  which has the theme: #BalanceforBetter,  we wanted to highlight some of the women working in Modulr's software engineering team. We spoke with Iris Winter, based in Modulr's Edinburgh office, who has ambitions to be a CTO one day and has her own ideas about how we can get more women entering STEM professions.

Women make up just 23% of those working in core STEM (Science, Technology, Engineering, Mathematics) occupations across the UK and there are even fewer female role models for young girls looking to enter science and technology occupations.

Being one of  the few women  working in software engineering is something that Iris Winter is used to. “In my first job there were 20 developers and I was the only woman,” says Iris who is a frontend developer in Modulr's Edinburgh office. “ I never felt disadvantaged because in coding it's easier to get rid of prejudice. You can code something and people can see if it works or not.”

Despite there being few female role models at the very top of her profession, Iris sees no restrictions in terms of what she can achieve. “I want to progress to a senior level,” she says. “My plan in five to 10 years is to be CTO of a company.”

For now, however, she enjoys being part of a rapidly growing software engineering team at Modulr where she gets to not only use some of the latest technologies, including Angular 6, a frontend development framework developed by Google, but work alongside other women as well.

Iris is one of six women working in Modulr's software engineering teams based in London and Edinburgh. There are four female software engineers and two women in the team work as QA (Quality Assurance) leads.  “We're such a young tech company, so it's easy to be part of its development, helping shape processes and ideas and working with all the latest technologies, " says Iris. "We're constantly evolving and I'm learning new things every day."

Before joining Modulr last November, Iris worked in different agencies as a web developer on projects for Edinburgh Dogs and Cats Home and RBS Bank, and used technologies ranging from anything that IE7 (Internet Explorer 7) could render, to Unity for Augmented Reality applications.

She got an early start in tech, building websites from the age of 12. “My boyfriend at the time had a website and I asked him how he built it. We were on the phone for two hours with him instructing me letter by letter how to code my first website. Since then, I've just been fascinated to understand how the internet  works."

WHY AREN'T YOU AN ASTRONAUT?

Iris studied media at Napier University Edinburgh, but always knew she wanted to do something in the tech field and ended up doing freelance web development jobs whilst completing her studies.

Although she says she's never felt judged or treated unfairly in her work because of her gender, as a mother of two six-year-old girls, Iris has started thinking more about the barriers for women in STEM, which she says are much more invisible and subconscious and start at primary school. 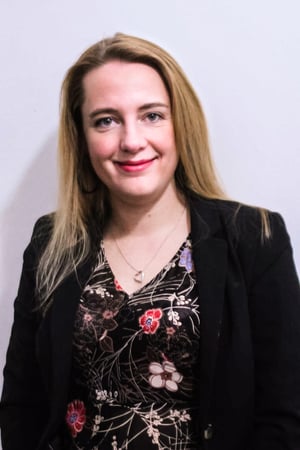 Iris's daughters involve her in constant discussions: 'What if girls could play football, become an astronaut or a scientist?' "I try to explain what I do,"  she says, "by saying, 'I make the internet.'

"Their favourite colour used to be blue, but as soon as they started school it was pink. Their questions have made me realise that young girls like my daughters just want to blend in with their friends, which does not always lend itself to thinking about computing or science. I know the schools do their best to shift the perception of what boys and girls should and shouldn’t be doing, but we need to do more.”

Iris says girls need to be encouraged to play with computers and engineering and given fun science projects in their spare time. “It might not be for everyone, and some girls might still choose a female-shaped career path, but we can help change their perception of what is 'normal', what they can achieve, and that being different is a good thing. To put it in the words of the song my girls sing at school: 'It’s good to be you, it’s good to be me, it’s fabbydabbydee.'”

The survey examined what attracts and hinders women from entering STEM occupations and included feedback from hundreds of qualified female STEM candidates. The findings from the survey will be announced at an event on the 8 April at CodeBase in Edinburgh.

Want to join us? Modulr's software development team is hiring. Visit our careers page to find out more about the latest job postings.

Modulr releases its 2021 research into consumer attitudes towards payment experiences

At your service: How Payments-as-a-Service is helping the travel industry to reimagine ...

Research: What makes paying passengers leave, and what makes them come back?