What makes women want to work in STEM? 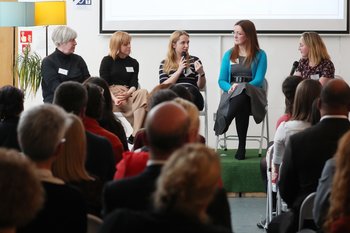 A recent study, co-sponsored by Modulr, sheds new light on what attracts women with degrees in science, technology, engineering and mathematics (STEM) to certain jobs and the kind of companies they want to work for.

Many studies have highlighted how women with degrees in STEM are less likely to find work in these areas than male candidates. But what are the factors that influence whether women apply for jobs or not, and what more can companies do to make job descriptions and positions more attractive for female STEM candidates?

The Women In STEM study conducted by Edinburgh-based Purpose HR & Coaching and co-sponsored by Modulr, in conjunction with training management specialist Administrate and Girl Geek Scotland, set out to answer some of these questions. The study included feedback from hundreds of qualified female STEM candidates across Scotland, with the majority of respondents (80%) educated to post-graduate level. The survey's findings were officially launched at CodeBase in Edinburgh on the 8 April.

When looking for jobs, the study found that female candidates prioritised career progression opportunities ( more than 35%) and a company's reputation (32%) over flexible working hours (24%) and salary (27%). The third biggest priority was learning and development opportunities (29%).

More than half of female STEM candidates surveyed said they preferred to work for smaller companies, rather than larger organisations, citing reasons such as a flatter organisational structure within SMEs and their reputation for innovation. Other factors that made smaller companies more attractive, included the opportunity to have an impact (20%), followed by progression and career development (approximately 14%), better team dynamics, and a “family or a community-like” environment (approximately 13%).

Commenting on the findings, Gemma Irving, a Java software developer at Modulr, said, for her,  career progression and learning opportunities are the most important things, along with whether a company is working on something interesting. “I look for technologies and projects within a company that I enjoy coming to work for every day,” she says. 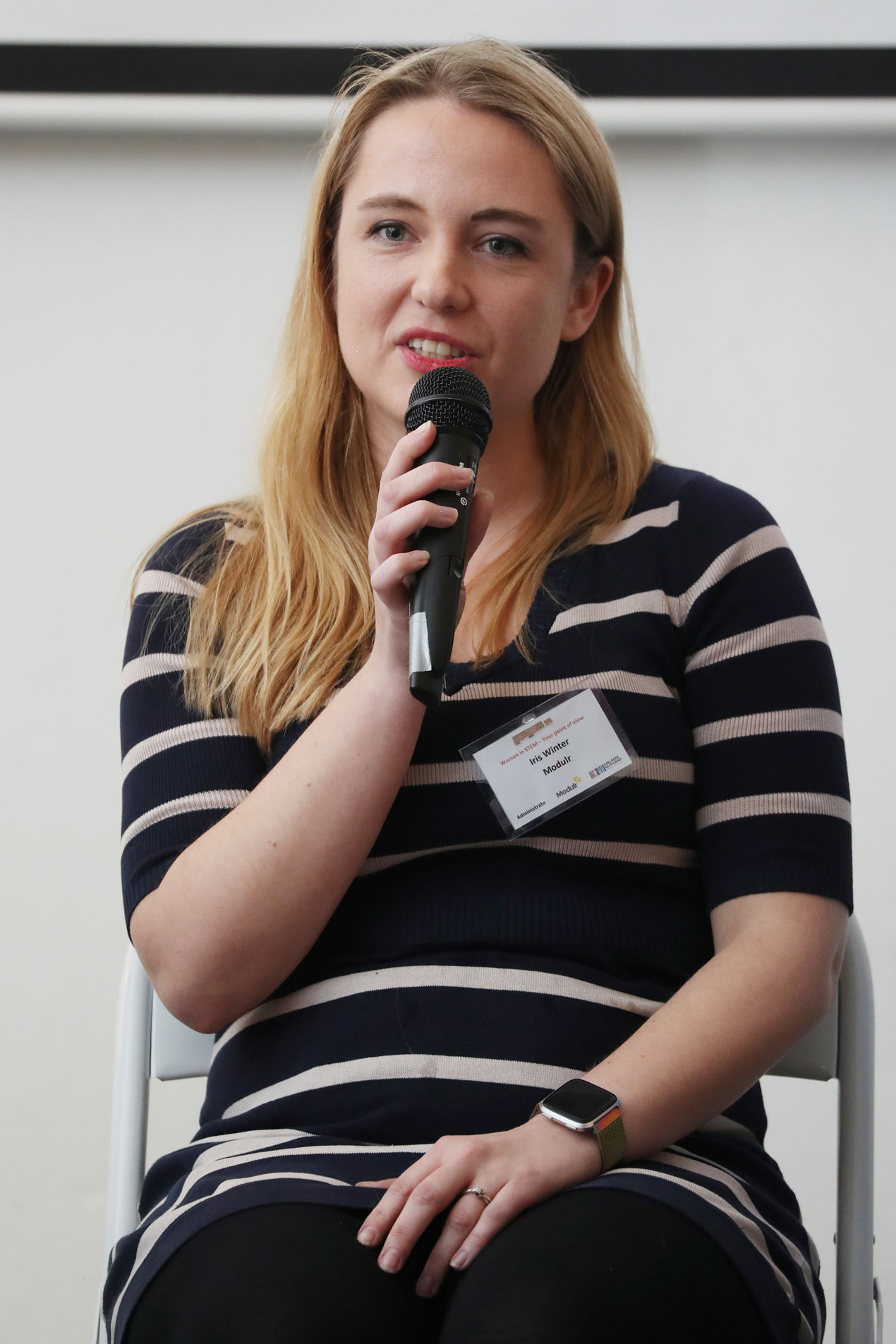 
Where jobs are advertised and the language used in job descriptions also impacts what roles female STEM candidates apply for, and ultimately, the career paths they follow. “Women look for different cultural aspects in job adverts and required skill and experience levels are assessed differently,” says Iris Winter, a front-end software engineer at Modulr, who shared her experiences of working in STEM at the launch event for the survey results. “It seems men feel more confident responding to job adverts that don’t entirely match their profile than their female colleagues.”

Required skills (40%) and experience (28%) were prioritised over organisational culture (21%) as key factors that influenced whether a female STEM candidate applied for a job or not. Long lists of required skills in job descriptions, as well as the use of colourful language such as 'Coding Ninjas,' or mention of football tables and beer fridges, is more suggestive of a male-oriented culture and is likely to dissuade female STEM candidates from applying.

Female job applicants are also more likely to face questions around gaps in their CV due to maternity leave, adds Shanmu Thangaraj, a back-end software engineer at Modulr.  She says some companies may not have considered her job applications previously, because she had a two-year gap in her work experience due to maternity leave. “It might be a different case in the present climate though,” she adds.

LinkedIn is the most popular platform used by women to search for jobs in STEM, according to the survey. Yet, most (35%) ended up finding jobs from colleagues' referrals and introductions from friends and family (32%) rather than recruiters (30%).

So what can companies do to ensure more female candidates apply for roles in STEM. It's about 'walking the walk' and not just 'talking the talk,' with the survey indicating that women are more likely to work for an employer that:

"The Purpose HR  Women in STEM survey is an important initiative and one that Modulr were delighted to sponsor," says Kate Avery, Chief People Officer at Modulr.  "We have a company level goal to make Modulr a Leading Fintech Employer. To me, that means creating a culture and climate where every single person can thrive, can bring their best-self to work, and be encouraged and empowered to grow.

Modulr recognises that when it comes to diversity and inclusion,  there is still work to do and there is no silver bullet or one-size fits all approach. "But the results of the survey tell us that we are on the right track," says Avery. "We are opening up development opportunities and ensuring that women have the opportunity to progress across our business; and we are focused on a flexible work environment that doesn’t put up barriers to personal achievement and success. What we need to ensure is that we focus on inclusive behaviours and value fit — diversity is not just measuring the numbers."