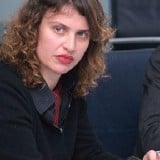 Spare a thought for payroll managers at this time of year. Not only do they need to ensure that we all get paid on time — or even up to a week earlier at Christmas — so we can have our roast turkey with all the trimmings over the festive period, but 2019 is already shaping up to be an eventful year as government legislation and new working practices impact how employee pay and benefits are calculated.

“The last three years have seen a lot of legislation, internationalisation of payroll and developments in technology, which has made it one of the most challenging periods for payroll professionals,” says Neil Hollister, CEO of The Payroll Centre. “In 2019 there are a few things coming together that could be interesting for payroll.” The payroll manager's working week is about to get a lot busier.

With the help of The Payroll Centre and Julie Northover, who runs her own payroll bureau and is also a trainer and consultant with 40 years’ experience in the industry, Modulr has compiled our top seven predictions for payroll in 2019.

1. 2019 sees employment practices catch up with the emergence of the gig economy
The Taylor Review of Modern Working Practices published a list of recommendations in July 2017 regarding the rise of digital platforms and the impact of new working models on employee and worker rights. Public consultations were conducted as part of the review, details of which have not been published yet. However, Neil says 2019 could well see the findings from the review and consultations impacting how benefits are established for the self-employed. “We can expect to see a fundamental review of what is really meant by being self-employed,” he says, “and what that means from a tax and employment rights perspective.” Already, employment tribunals in the case of taxi companies Uber and Addison Lee have ruled that drivers for both companies are not self-employed and are thus entitled to be paid the National Minimum Wage, and have access to a workplace pension and annual leave.

2. More flexible forms of payment
With millennials (born in the 1980s and 1990s) expected to make up approximately half of the global workforce by 2020, and more Generation Z's (born between1995–2014) entering the workforce in the coming year, the drive toward more flexible working hours for this group and their expectations of immediacy are likely to give rise to a raft of more innovative payment platforms, types and timescales, says Neil, which will make life even more challenging for payroll departments. Millennials, and Generation Z's in particular, are used to everything happening at the click of a button or swipe of a finger on their mobile devices, so they’re unlikely to want to wait 30 days to get paid for two days a week work.

3. Sleeping hours do not count as work time
Are you working while you're asleep? This may sound like an esoteric question, but in July 2018, the UK Court of Appeal ruled in the Royal Mencap Society v Tomlinson-Blake and Shannon v Rampersad case, that in certain circumstances, care workers' “sleep-in shifts” at work, did not actually count as work, and therefore did not need to be paid at the National Minimum Wage. While the Court's decision was welcomed by care industry employers who were concerned about “back-pay liabilities” bankrupting them, UNISON, which represents the care workers, is appealing the Court's decision.

If it is successful, Neil says it could pose some interesting questions for the wider workforce. For example, are people working when they're answering emails outside of their normal working hours and are these hours being recorded as working time? “Incorrect recording of working hours can have an impact on National Minimum Wage calculations,” says Julie. HR and payroll departments may be kept busy in 2019 trying to measure 'unmeasured' work and formulating any policies that may need to put in place banning the practice to avoid heftier wage bills.

4. More robust employment checks to identify contractors caught by the extension of IR35 in the private sector
The Chancellor Philip Hammond confirmed in the Autumn 2018 budget statement that IR35 will be extended to contractors in the private sector from April 2020. “The hope is that HM Revenue & Customs (HMRC) have allowed sufficient time to provide better guidance and support for employers and to make improvements to their Check employment status for tax tool (CEST),” says Julie. She says organisations will need to put more robust pre-employment checks in place to determine whether contractors fall within the new off-payroll working rules in the private sector. The case for further integration between HR, finance and payroll systems just got a lot stronger.

5. CEO Pay Ratios: New Reporting Requirements
Hot on the heels of gender pay gap reporting, which was introduced in April 2017, CEO Pay Ratio reporting regulations for listed UK companies with more than 250 employees comes into effect on the 1 January 2019, with the first tranche of published data expected in January 2020. The regulations require payroll departments to prepare and publish a new set of calculations based on the ratio of the “CEO’s ‘single-figure’ total remuneration to the median, 25th and 75th percentile total remuneration of their full-time equivalent UK employees.”

6. Devolution: Differing Rates and Thresholds of Income Tax Across the UK
If the internationalisation of payroll wasn't challenging enough in terms of keeping abreast of tax rates in different countries, the number of tax rates in operation across the UK are set to increase even further in 2019. In April 2018, Scotland increased the number of tax rates in operation. “Scotland currently has five rates of income tax, as opposed to three in the rest of the UK, and is proposing a sixth in the future, which adds another layer of complexity for payrollers,” says Julie. “And from April 2019, Wales can start setting its own rates too, though we are not expecting them to use their powers to vary the rates before a new Welsh Assembly has been formed.”

7. More AI and robots in Payroll
Never fear, the robots are here. Given the increased workload placed on payroll managers as a result of new legislation and changing workforce practices, payroll departments will look a lot different in the near future. 2019 is likely to see further pressure placed on payroll to dispense with the humble spreadsheet in favour of higher levels of automation. “The days of passing information around on spreadsheets is coming to a tipping point as regulations like the General Data Protection Regulation (GDPR) take hold,” says Neil. We're also likely to see greater use of machine learning in newer forms of payroll software, he adds, as payroll managers seek better quality data insights and analytics around costs and which benefit packages are working; anything that can help them stand out from their competitors in what is essentially a low-margin business.

Modulr unveils Pathfinder programme ahead of the alpha launch of its revolutionary ...

6 tips for incorporating payments as a service