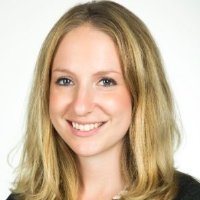 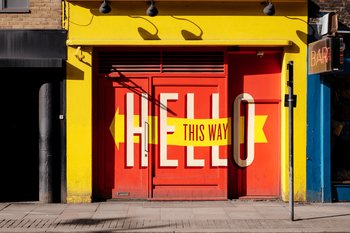 For people with spare time, under-used skills, empty properties and other unfulfilled assets, the gig economy represents a crucial new channel for generating income. Right now, students are delivering food between classes, drivers are ferrying people across cities, marketers are completing projects from home, and otherwise empty houses are occupied by tourists and travelers.

The principal benefit is flexibility; workers have full autonomy over how much they work as they juggle other priorities in their lives, be that a family or a diploma. A recent study from the McKinsey Global Institute found that independent work employs more than 162 million people in Europe and the United States – an incredible 20-30% of the working-age population.[1] Businesses too benefit hugely from this new approach to work; they pay only for what they need and don’t incur staff costs during quieter periods.

Digital marketplaces first appeared in 2010 with the emergence of the “Uber Model” and today, buyers and sellers are brought together across the world within a huge range of sectors. The digitalisation of work has meant that professional services providers including cleaners, builders, lawyers, doctors, tutors, journalists and consultants can all be found on digital marketplaces along with several delivery-type services.

Providers tend to hold a contract with the marketplace and are paid by the job (also known as a ‘gig’, hence the name ‘gig economy’). For digital businesses operating a gig economy platform, effective payment processing is the lynchpin to success.

Payments friction is a problem that affects online businesses across the board, even though they may not have fully realised it yet. Making payments through manual portals causes inflated operating costs, lag time and on occasion, human error.

Lag time can be particularly problematic for gig economy platforms that provide on-demand services. Their business models mean they need to send and receive instant payments 24 hours a day. This is doubly important, as the platforms need to not only maintain the loyalty of customers, but also that of their suppliers. Unfortunately, suppliers are often in short supply and are all too aware of competitors in the market. Earning money fast is one of the principal attractions of working in the gig economy, and so paying suppliers quickly after every gig is critical to building good reputations and relationships.

Maintaining a high volume of payments in and out of the platform using a bank can be ineffective. Most banks will offer Bankers’ Automated Clearing Services (BACS), which is more commonly known as Bank-to-bank transfers. Using BACS is cheap, and for good reason: it generally takes several working days for funds to clear in the supplier’s account, and often BACS does not operate outside of working hours. Unfortunately, evenings and weekends tend to be marketplace platforms’ busiest periods, especially for firms like accommodation providers, food delivery firms and taxi cabs.

Faster, more cost-effective payments are just around the corner. APIs, such as those offered by Modulr, operate in between banks and gig economy marketplaces, processing flexible payments any time of the day. As soon as a gig is completed and payment has been authorised by the marketplace, the API will kick in and distribute the funds straight away  via Faster Payments.

Quicker payments will also give gig economy marketplaces a more complete view of their cashflow. Slow payments mean costs can build up in the background, only to appear once they payments have been processed several days later. Better reporting means that operators are not only notified each time a payment is paid, but transfers are also segregated into separate accounts for each client so they have a complete overview over which funds are moving where in near-real time.

Gig economy marketplaces represent the forward-thinking nature and the demand for convenience in the modern day. It's time that payments in and payments out caught up: cutting the compromise will improve reputations and drive business growth.

What does the 2021 budget mean for accountants and their SME clients?

Two sides of the CX coin: Why FinTech needs to realign

Must-have skills for preparing for the future of accounting